Barkudia (Annandale, Rec. Ind. Mus. xiii, 1917 p. 20 - type species insularis) is characterised by the palatine bones not meeting on the mid-line of the palate, which is toothless; nostril between the nasal and the rostral in an emargination of the latter; supranasals present; pre-frontals and frontoparietals absent; body elongated; no limbs;

Barkudia insularis has the snout depressed, obtusely pointed, projecting strongly beyond the labial margin; rostral large, emarginate laterally to receive the nasal shield; supranasals large, in contact with one another and with the first labial; fronto-nasal broader than long, larger than the frontal; interparietal much larger than the frontal; parietals narrow, obliquely placed, in contact with one another behind it; 3 supraoculars, the first entering the supraciliarly margin, the first two in contact with the frontal; 1 large supraciliary in the angle formed by the 3 suboculars; nasal shield comparatively large, the nostril at its anterior extremity; 1 large loreal; a preocular; lower eyelid composed of 2 or 3 opaque scales; upper eyelid vestigial; 4 supralabials, the third below the eye; ear-opening minute; a singly azygous postmenta; body elongate with 140 ventral scales between the post-mental and pre-anal plates; 20 smooth scales round the mid body. Tip of the tail blunt and not much narrower than the base of the tail.

Light brown above, each dorsal scale with a central dot; altogether thee form 12 or 14 longitudinal lines down the back and along the tail; lower parts whitish; top of head clouded with brown. The type was dug from loose earth at the root of a banyan tree. A second was seen in the same locality by Frederic Henry Gravely in the rainy season of 1919. It burrowed rapidly into the ground. 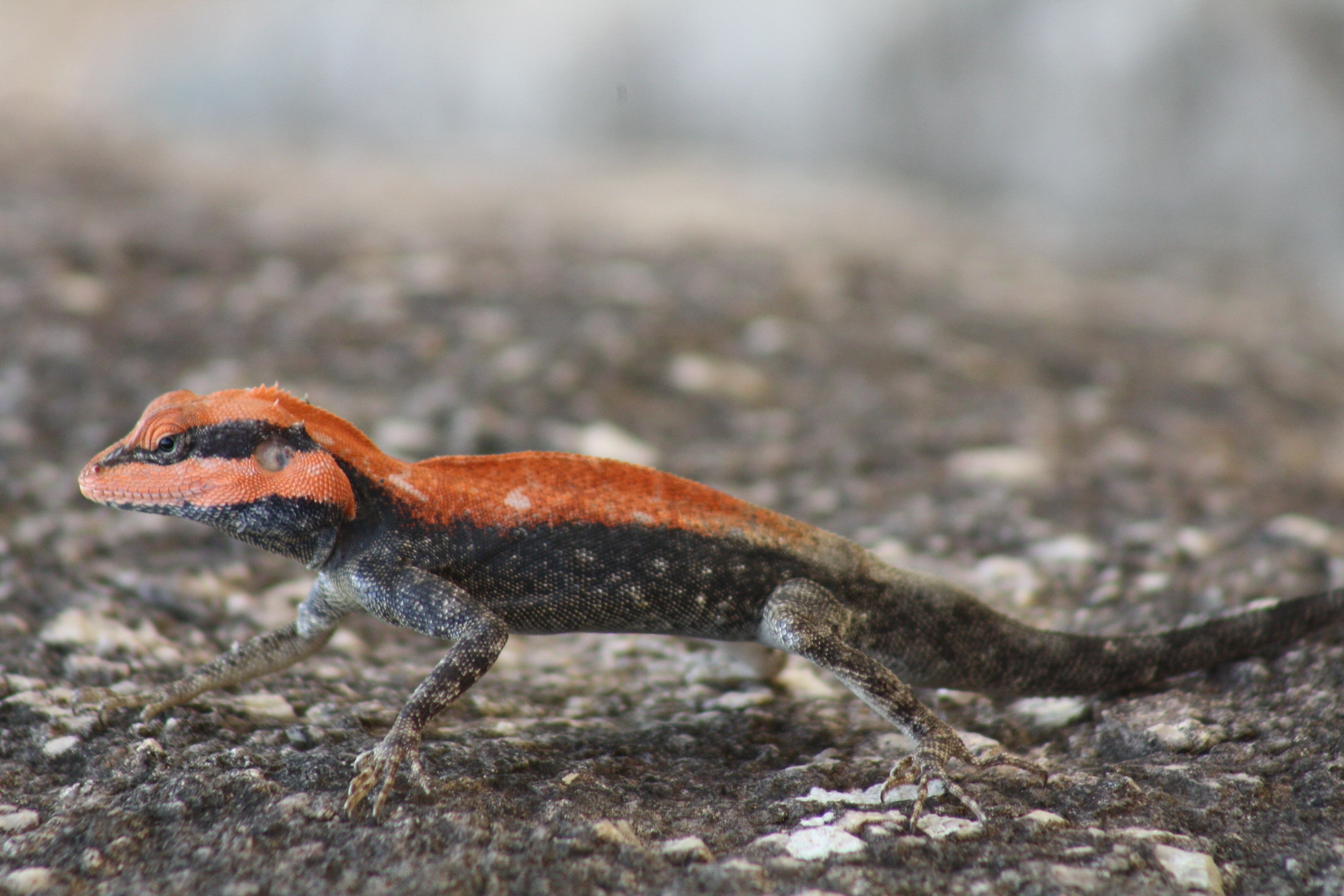